NUMENERA: A WORLD OUT OF TIME TALE "THE BLACKENING" 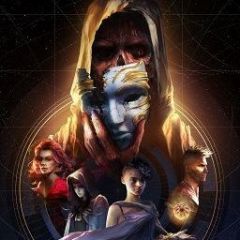