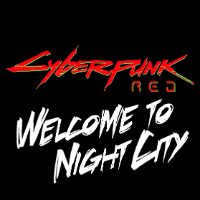 Welcome to Night City, Choomba! After the nuclear blast at Arasaka Tower in Night City during the 4th Corporate War, the city was pushed to the brink under a red sky. For more than two decades Night City has fought and clawed its way back, to emerge from its chrysalis of rubble and destruction a city reborn with new, gleaming corporate towers and arcologies reaching toward the sky. Among the the acid rain soaked streets reflecting blurry neon there are fortunes to be made, reputations to be forged, and a promise of the glorious immortality of legend for those who are willing to take it to the Edge.