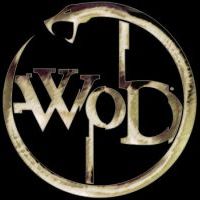 World of Darkness: The Chosen

The World of Darkness resembles the contemporary world, but it is darker, more devious and more conspiratorial. The dichotomy between rich and poor, influential and weak, powerful and powerless, is much more pronounced than in the real world. Decadence, cynicism and corruption are common. Humans are unwitting victims or pawns of vast secret organizations of supernatural creatures. Vampires, werewolves and wraith —among others— struggle with internal factionalism and against other species in secret wars of intrigue for control of reality. The battles in these wars may last centuries, beyond the realization or comprehension of ordinary humans. This status quo is recently threatened by the rise of a global Technocratic cabal (and/or an animistic spirit of stasis and control) intent on monopolizing the power of belief and destroying all traditional supernatural societies.

*This is not a 'by the book' World of Darkness game.  While a lot of themes and events may be recognized by players, anything and everything can and will be changed to best suit the need of the story.